Video produced by Enviolo on how to remove a wheel with a cable interface. The bike in the video is not the Delta, but the process is the same.

1) Rotate the Enviolo shifter so the Cable End Hardware is rotated towards the rear of the bike (On the Shifter, the display will show "flat"), then invert the bike (article with related information here:  INVERTING BIKE FOR SERVICE ). 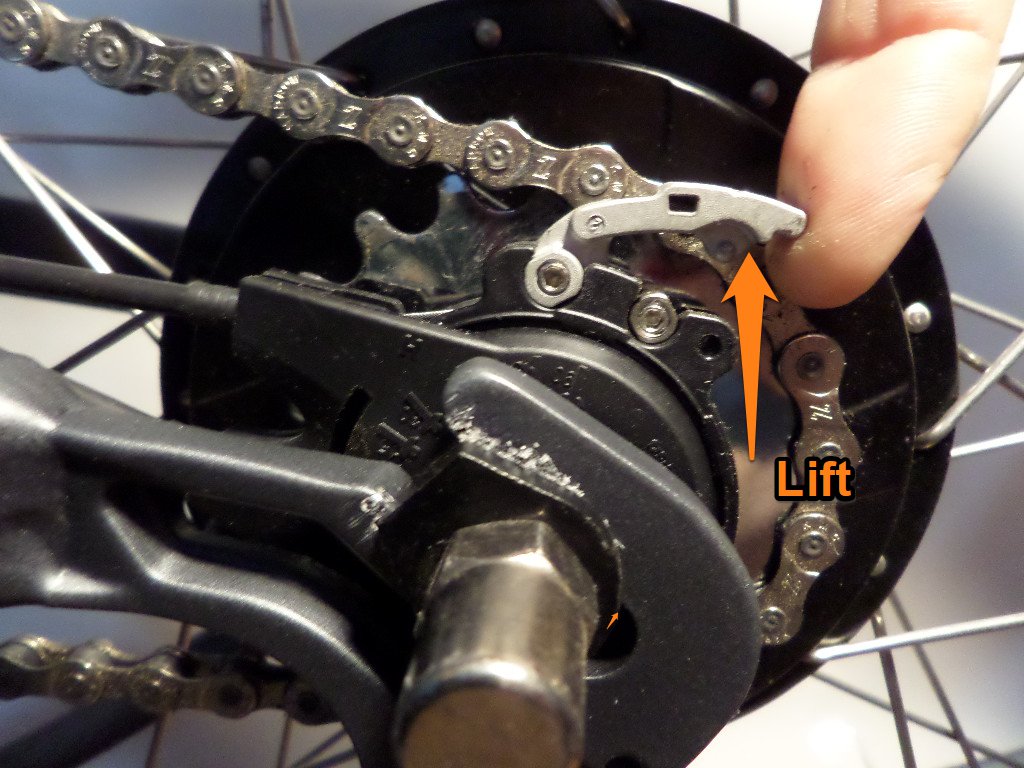 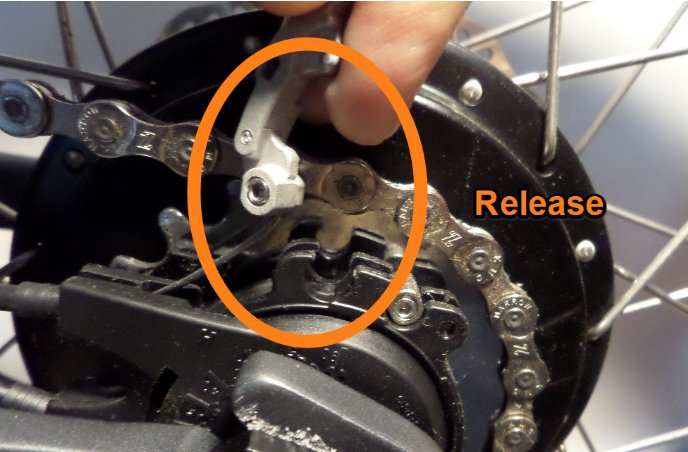 3) Unseat the cable housing from the Hub Interface: 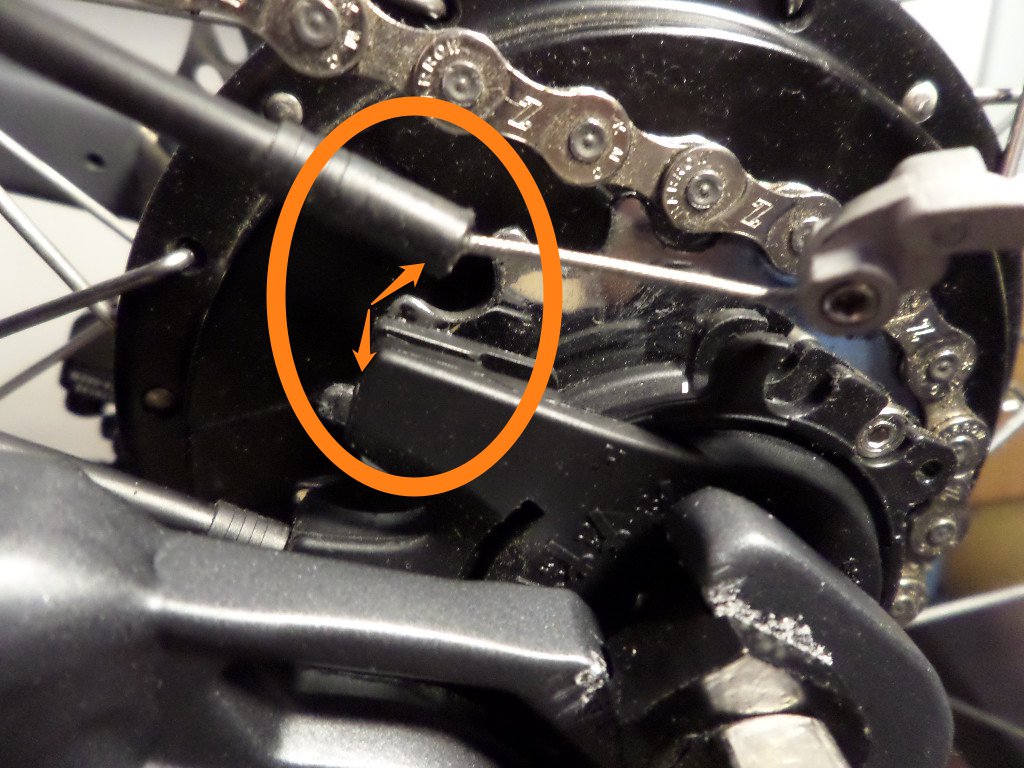 4) Remove the other piece of cable end hardware from the Hub Interface: 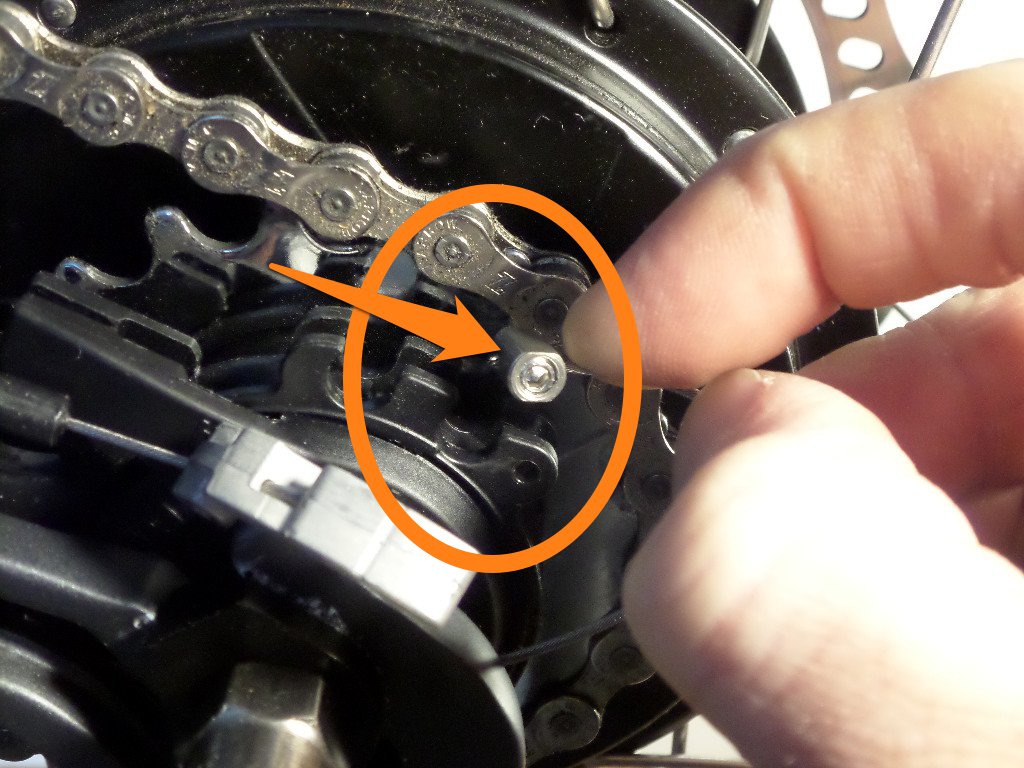 5) Unseat the second cable housing from the Hub Interface, and move both cables clear of the rear wheel. 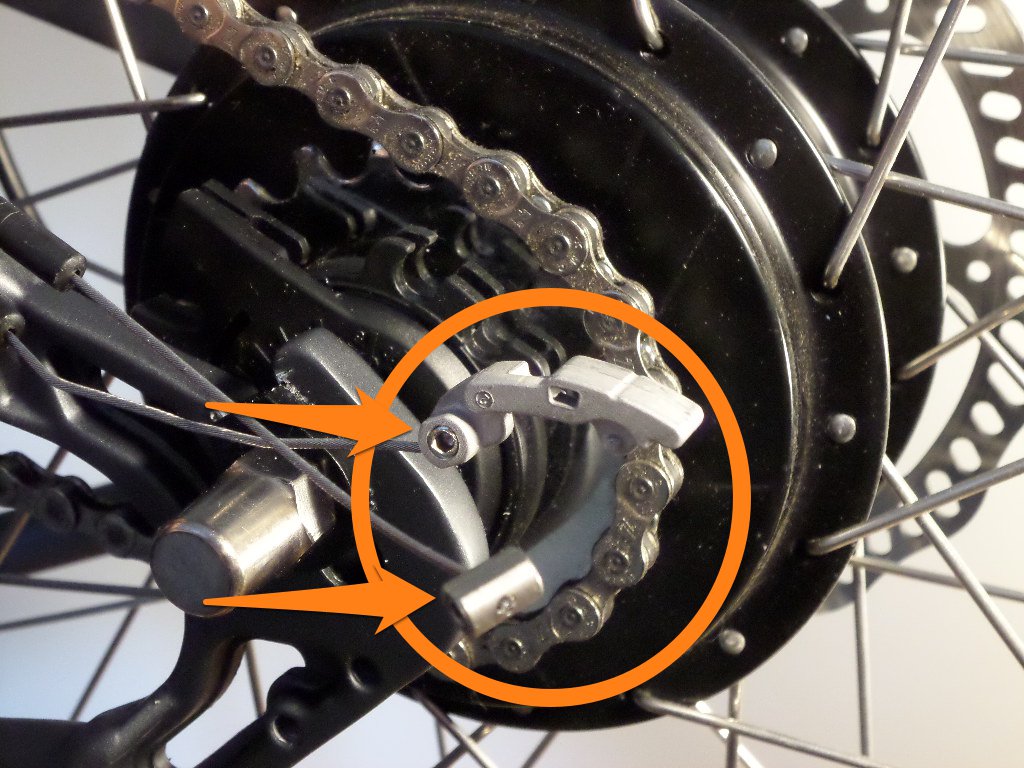 DO NOT MOVE THE SHIFTER WHEN THE CABLES ARE DISCONNECTED This can cause them to unseat from internal tracks within the shifter, possibly causing damage. Pulling on cables is OK. Twisting the shifter is not.

6) Loosen both axle nuts with a wrench (15mm is ideal), remove them by turning counter-clockwise. Remove the black "no turn" washers.  Set these parts aside for later. 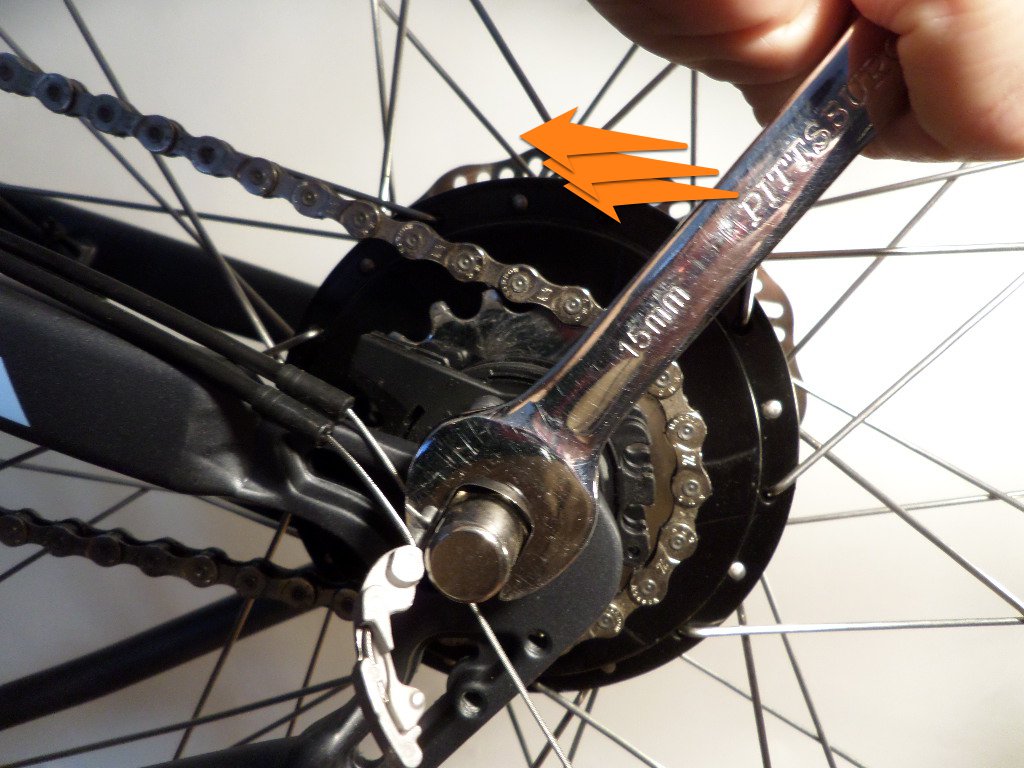 7) Lift the wheel free of the bike.  Note that the chain has been removed from the cog. 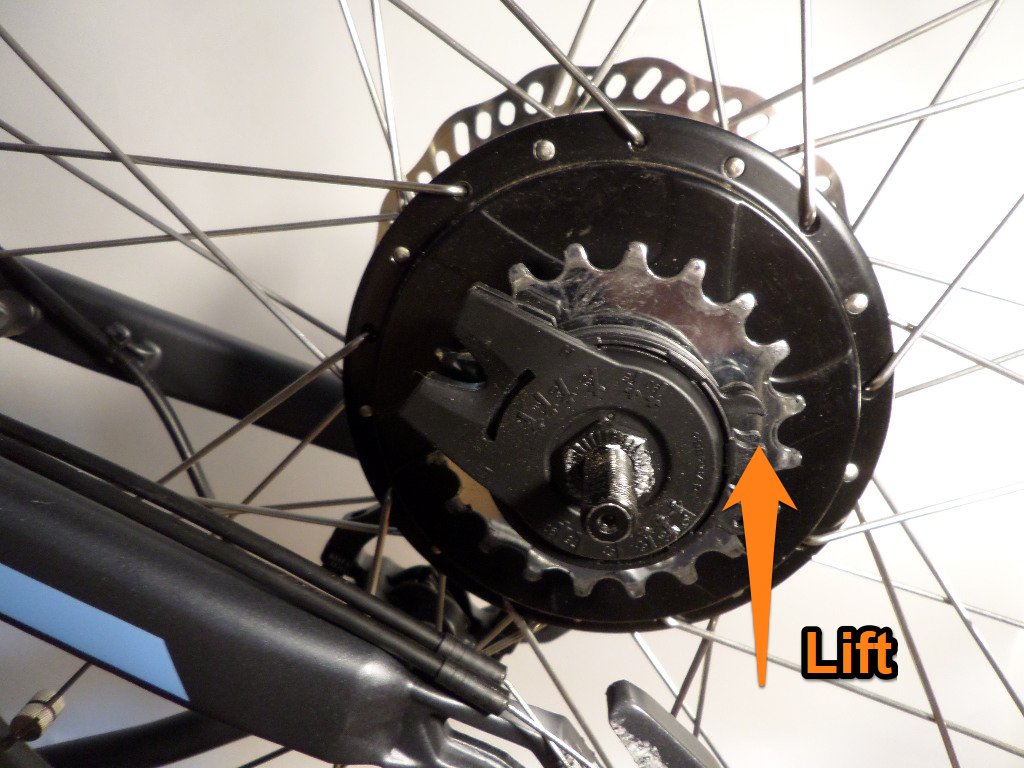 8) Re-installing the wheel requires that you get the chain on the cog while lowering it into position. Pay attention to the

brake disc as it slides into the brake caliper.

9) Rotate the Hub Interface so that it is even with the frame, and turn the axle so that the axle flats are perpendicular to the slots in the frame: 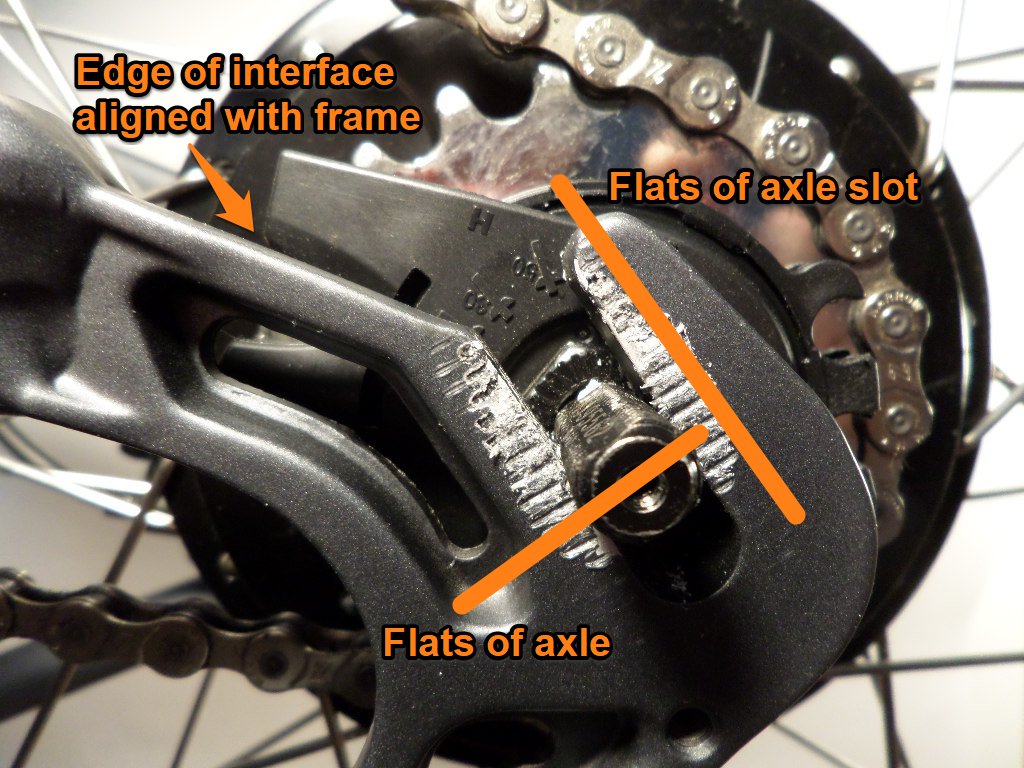 10) Slide the no turn washers onto each side of the axle, taking care to place the tab into the slot of the frame: 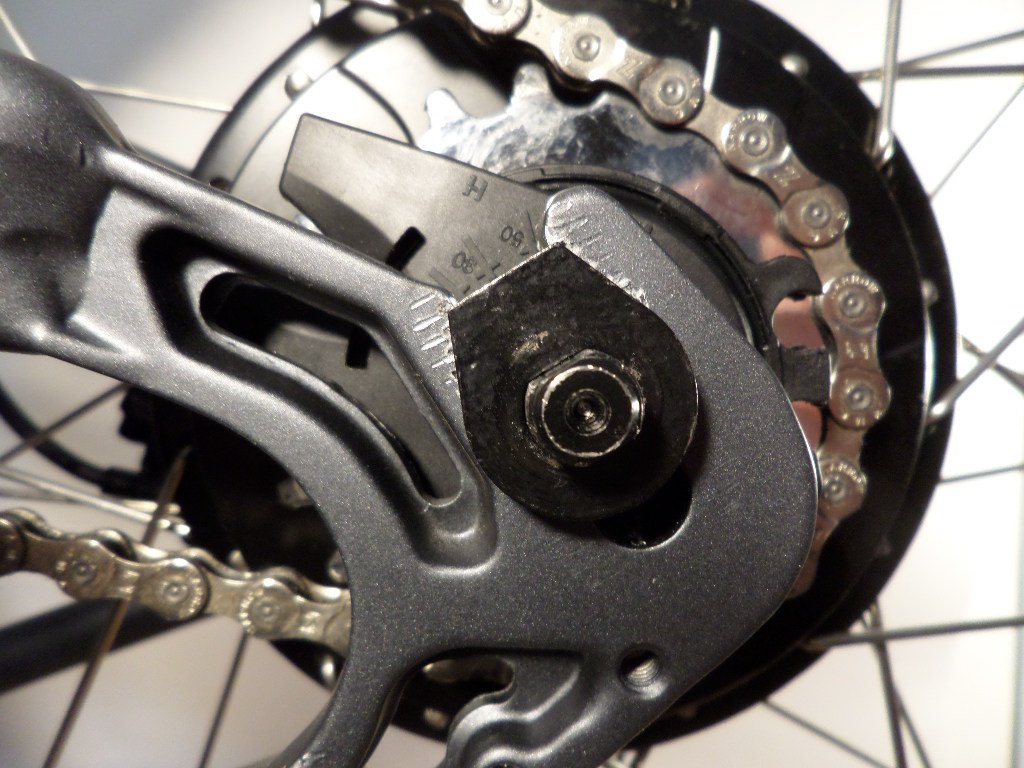 11) Center the wheel and screw both nuts on by hand, taking care to not "cross-thread" them.  Once finger tight, use the wrench to securely tighten the nuts on both sides.

12) DOUBLE-CHECK THE NUTS TO BE SURE THEY ARE VERY TIGHT. 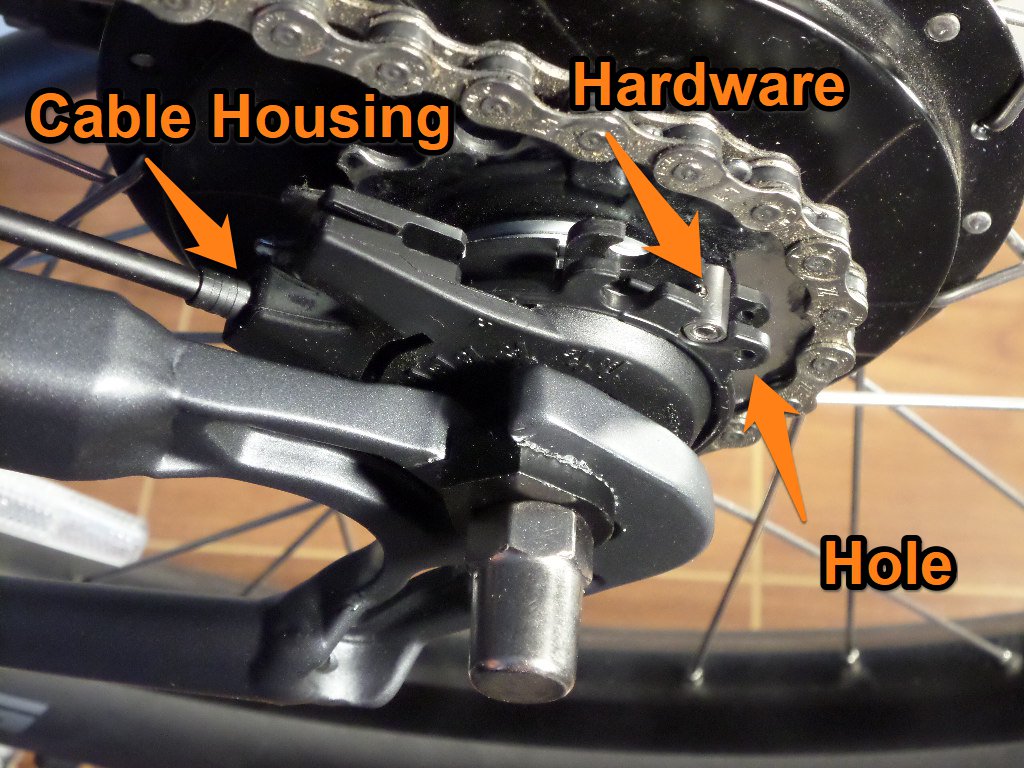 14) In a similar fashion, seat the other cable housing, wrap the cable in the groove, and replace the other cable end hardware by inserting it into the remaining pocket and flipping the lever down. This requires pulling very firmly on the cable to get it into place. 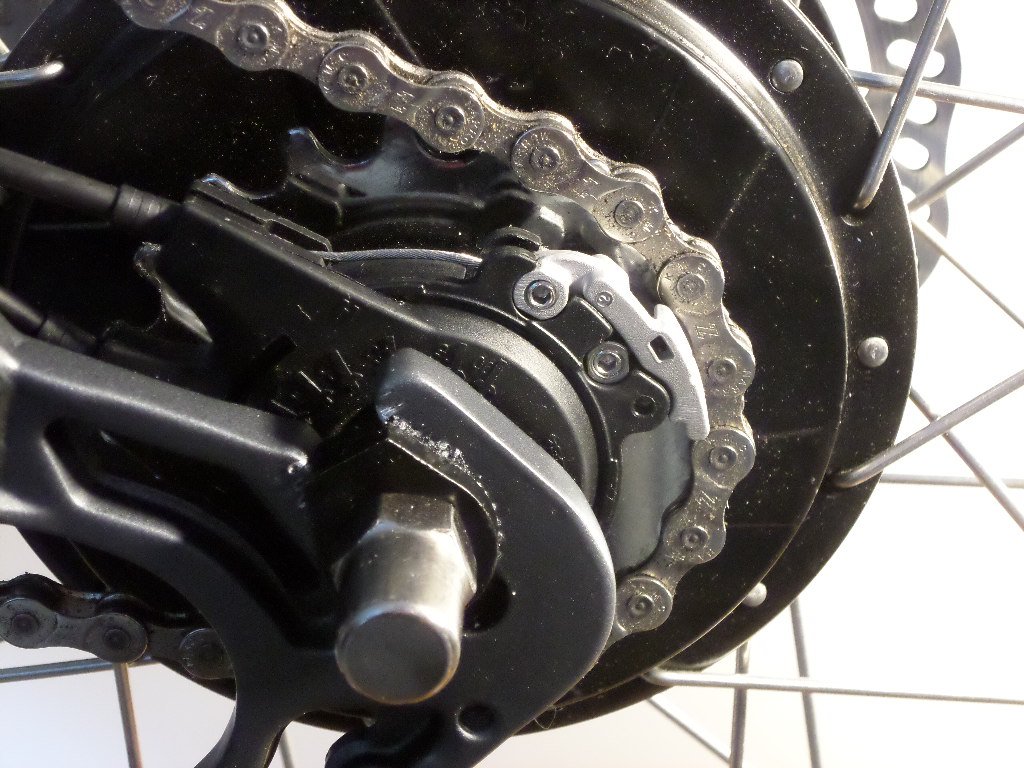 Take the bike on a very short ride to test the rear brake, and to shift the Enviolo N380 through the full range to see if there are any issues.